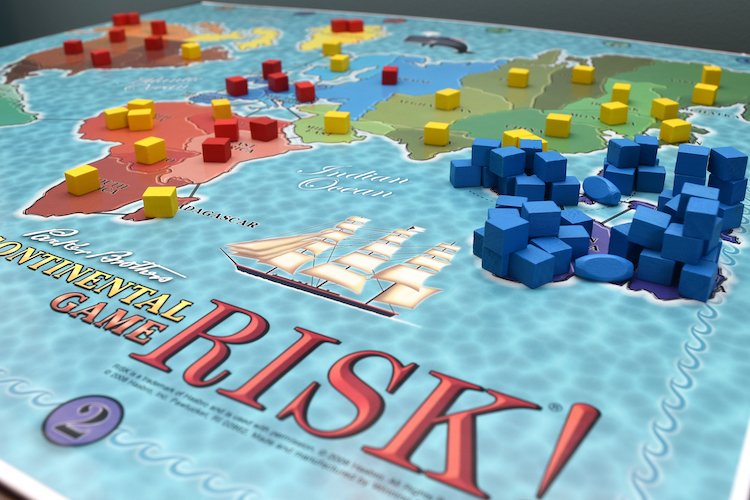 Sometimes the world beats you down. It happens. Despite what self-help books and endlessly rosy social media posts suggest, we can’t all win every day. It just doesn’t work that way. Occasionally, though, enmity’s ill will proves short lived. Duck at the right moment, regroup, and the world may forget you’re there to plague, agitate and harass. Then comes your moment.

Here’s but an illustration, if you will, a lesson from my youth. The episode serves as a reminder fortunes can and do change. Better days ahead there may be, indeed.

When I was in junior high, my friends and I rode our ten-speed bicycles—the kind with golden reflectors on the pedals, cheap vinyl handlebar tape and suicide brake levers—to the grocery a few blocks down the tree-lined street. Kazmaier’s, a local institution at East Second and Elm, was the destination. We leaned our bikes against the same pillars townspeople tied their horses during the ‘78 blizzard. True story. But I digress.

Inside the supermarket we hit a few select aisles. As teens who mowed lawns for cash, we weren’t flush, so we chose prudently. Frozen pizzas were always a safe bet, as were several flavors of Faygo and Combos. Pop-Tarts, too, were a favorite. Like I said, we were teenagers.

After making our carefully curated purchases, we cycled back to my house where we broke out Life, Clue, Monopoly and, beginning in seventh or eighth grade, Dungeons & Dragons. We also played marathon contents of Risk, the game of continental conquest.

One Risk session, in particular, stands out. Three of us, after stocking up on Red Baron pizza, pop and the junk food most appreciated while in one’s teens, decamped to my place.

Our house was across the street from a tennis club whose clay court sprinklers woke me with their distinctive she-schtick-schtick-schtick chorus each summer morning. I remember the sound, with its steady and cyclic repetition, slipping in through gently billowing white cotton curtains as I slept late on those breezy June days with nowhere to go and nowhere to be. Central air conditioning, of course, was for the country club’s members, and that wasn’t us. No, we slept with the front door unlocked and the windows open. Being late June, you couldn’t help but savor the anticipation of the approaching July Fourth holiday, with its attendant municipal fireworks, knowing we’d lazily craft homemade ice cream on the back brick patio while the neighborhood’s fathers collected with pop-tab PBRs and everyone stole a day from their regular work-a-day drudgery to simply relax together.

So it was as we played Risk.

The game was set up on our expansive, old-world wooden dinner table—to this day the only possession I regret letting escape the family following the settling of estates as I thought myself too busy building my own nuclear tribe and career—right next to large screened doors, which we employed to cool the room.

We’d just beaten a storm shower, returning from the store as the first large drops began falling. I remember the steady, sheetlike rain, seemingly collecting potency from Lake Erie ten miles away. With some northwestern Ohio summer showers, such as this, you feel the gentle but weighty waves of humidity surrendered by the black top, still hot from the sun, and smell the resulting musky scent, as the phenomena drift indoors.

I also remember the TV playing, though largely ignored, across the room. Dallas, Fantasy Island and the like, I’m sure.

Back at the table I was losing and badly.

All my blue armies—we played using a vintage ‘70s Parker Brothers set, so the armies were small painted wooden blocks elegant in their cubic simplicity, not the cheap plastic crap Hasbro later replaced them with—were being decimated across the board. Whenever I threw the translucent red die, which I insisted (house rules) be rolled into the box’s lid to protect the map and assorted and varied armies from imminent chaotic disarray due to an errant toss—I lost additional forces, further reducing my presence. My competitors, meanwhile, expanded their campaigns, shading the board yellow and red with their own representative cubes. With each turn, they captured additional territory and spread their reinforcing armies in ever-growing sweeps.

Of course, vast ambition often necessitates overextending oneself. Discouraged, and fearing relegation to spectator status, I quarantined myself in Australia, Indonesia and New Guinea, remembering to strike and recapture Siam, and only that one space, every turn. The capture was required to earn a new territories card, while retaining the purple continent not only kept me in the game but saw my armies grow by an additional two bonus units each round.

To my opponents I was but a nuisance. With only a handful of armies occupying four territories, I wasn’t deemed worthy of effort. Better to marshal forces in the fight against one another and versus the more threatening opposition. They put all their wood behind one arrow, as it later became fashionable to say in digital industries. My competitors reasoned they could eliminate me later, after having vanquished the primary and more robust foe. My elimination was but a formality.

Or so they thought.

They continued beating on one another. Occasionally they enjoyed significant victories. The action, and momentum, swung back and forth, as battles do.

I finished a Red Baron pizza, the very same brand that thirty-five years later my father-in-law would prefer for a Friday evening with friends. I tossed my empty Faygo Moon Mist, then refilled with a sister-branded Redpop. And, I stockpiled armies in Australia.

Ultimately, I exhausted the individual cubes and broke out the curious triangular-shaped markers. These, the oblong prisms each representing ten units, marked the beginning of a serious and significant new stage of any match. First I had one, then two.

As my competitors continued waging war against one another, they reduced their own forces. They chose to populate numerous territories with the single required army to permit waging new battles on other fronts.

Me? I sat waiting, patiently.

They realized the mistake around the time I reached for a second container of armies. Having placed every available blue unit on the Australian continent, I had no choice but to begin supplementing the mess of blue cubes, now, with black.

Oh, the twin-colored presence. There is no denying the glamor of such progression in Risk. Glory is typically inevitable.

Soon I escaped my self-imposed exile in Australia, moving vast hordes of fresh armies into Siam, India, Ukraine and Europe. My multiple forces easily conquered single-army holdings and proceeded, within a single turn, to invade Africa, then the Americas.

Within moments one competitor was gone, all his armies vanquished. Just a turn later, after restocking forces, trading in territory cards and receiving additional reinforcements, I conquered the entirety of Russia. The game was won.

They’d had their chance. They wrote me off. But I stuck to a simple plan and kept the faith. So, too, should you. Whatever you might be battling, don’t give up. Remind yourself your turn is approaching. Stay in the fight.

Erik Eckel owns and operates two technology companies. As a managing partner with Louisville Geek, he works daily as an IT consultant to assist small businesses in overcoming technology challenges and maximizing IT investments. He also owns and operates Eckel Consulting, a communications company specializing in public relations and technical authoring projects. View all posts by erikeckel